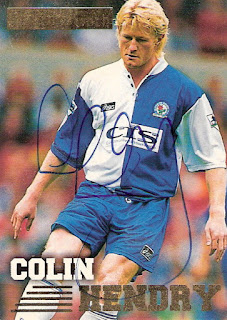 Hendry appearing on a 1996-97 Merlin Premier Gold card, I bough this card on ebay.co.uk pre-signed for pittance.

He then spent 2 years with Manchester City before returning to my hometown team.
He was a rock solid defender, he then moved to Glasgow Rangers before playing for Coventry, Bolton, Preston & Blackpool.

He also made 51 appearances for Scotland. 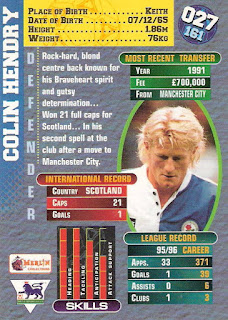 I've met Colin once, a very nice down to earth man.
Sadly in recent years he lost his wife and has had financial troubles, he was the last of the old guard of players who didn't earn a fortune.

Home of the Mojo